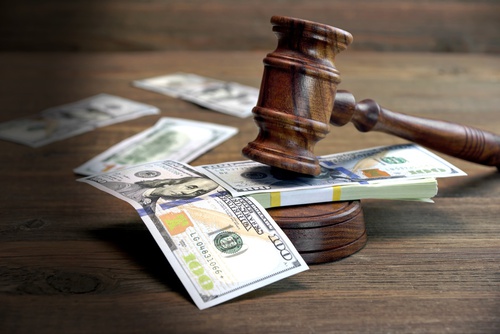 What is Mississippi’s Stance on DUI Bonds?

Two days after a Mississippi woman posted bond on a fourth-offense DUI arrest, she caused a five car crash, killing two, due to drunk driving. This may seem shocking, because it is. How in the world could a person who was arrested on her fourth account of driving while intoxicated be allowed to drive two days later? Simple: She wasn’t supposed to be driving, therefore, she was driving illegally.

What Happens after a Third DUI?

“A person convicted of a fourth or subsequent offense is ineligible to exercise the privilege to operate a motor vehicle that is not equipped with an ignition-interlock device for ten (10) years.”

In addition, a fourth DUI charge is an automatic felony. Had the woman not died in the accident, she was looking at a felony charge, up to $10,000 in fines, a suspended license and more. What her story does cause those who are not closely acquainted with Mississippi bond laws to wonder is how she was so easily let out of jail.

Now, with a little background knowledge, we can better assess how this woman was able to leave and drive two days later. She was on her fourth DUI charge, which automatically makes it a felony. For felonies, a defendant is only allowed to post bail in cash, with property or by using a surety bond. Cash is the preferred method, by law. With a fee that would have been between $3,000 and $10,000, it may have been unlikely that cash was used. It is still possible, though. Also, just because she was bailed out of jail does not mean that she was allowed to drive until her court date. She was on a fourth DUI charge, which prevents her from driving without an IID for ten full years. Had she walked out of the accident alive, she would be facing even more, major, penalties and fines for her wrongdoing and ultimate neglect of the law.

When posting bond, regardless of the type, it is so important to show up for your court hearings. If neglected, you could face higher fines, longer jail time and further worsened consequences of your sentence. When dealing with DUI charges, especially multiple charges, it is best to have a strong attorney by your side. If you have a felony charge on your hands, it is of utmost importance to know your rights and how best to navigate your way to freedom. If a criminal investigation is necessary, you will want to have all the pertinent information available to you at a moment’s notice.

Call a DUI Attorney for Assistance

If you are dealing with a multiple DUI case in Gulfport or the surrounding area, contact Braddock Law for competent DUI attorneys in Mississippi. We will strongly represent your case using all of the facts of your situation with knowledge of the law to back you up. The attorneys at Braddock Law will aggressively fight for your rights and will never back down from protecting you and your family.