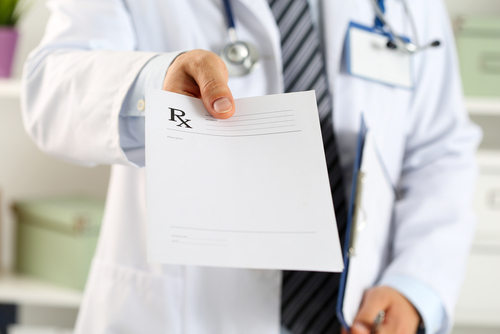 Trust Yourself More Than Your Prescription

It astounds us how many clients have waited years until getting curious about some of their prescription drugs. People will recall having felt sick for days on end without trying to get to the root of their problem. One of the biggest issues with current pharmaceutical and prescription medication is that many of them are just band-aids. Whenever we have a new issue, doctors give us a new pill or injection that will make us feel like the problem is gone, when really, it’s just been replaced for the time being.

There are some cases where our bodies just don’t react well with an ingredient in our medication, and that’s our responsibility to know and discontinue using it. However, there are many times where a drug is legalized for public use and a vast majority of users do not react well at all. They may receive immediate and long-term negative side effects, resulting in, sometimes, near-death experiences. There are also cases where a drug provides relief for a current issue, and then will harm you in other ways.

For example, Pradaxa. Pradaxa was a blood thinner approved by the FDA in 2010. It was intended to make it more difficult for people to have a stroke. It was preferred over the then competing blood thinners on the market as it was easier to prescribe and dose. While it did indeed thin one’s blood, it also posed a huge risk for bleeding too much if you were to cut yourself. Pradaxa was making people’s blood so thin that even a small cut could put them at risk for bleeding to death. It also led to excessive nose bleeds for some people, as well as excessive menstrual and internal bleeding for some women.

Many people didn’t put it together that taking Pradaxa could be the reason for other arising problems. It wasn’t until they saw a doctor (that is, if they saw a doctor) that they were able to pinpoint the medication as the reason for additional blood-related issues. Pradaxa ended up being the cause for over one thousand deaths, and the company faced over four thousand lawsuits in 2014 alone. People were compensated for medical expenses, pain and suffering, wrongful death and more.

If you feel as though a current medication you are taking is not working for you, it is in your best interest to see a doctor and get to the root of the issue. If you are harmed or injured in the process of taking a prescription drug, then you may qualify for compensation. Additionally, if you are pregnant and your baby is harmed due to medication or negligence, then you may also qualify for compensation.

We have dealt with clients that were using the drug Zofran before. Zofran has been around for many years. It was invented in the early 1980’s, originally created to help cancer patients with nausea. However, it also brought about side effects such as diarrhea, drowsiness, headaches, rashes, blurred vision and dizziness. Some side effects may have been worse than the natural nausea they may have felt from chemotherapy. Anyway, people were taking Zofran thinking it was helping their situation. What people didn’t realize, is that for pregnant women taking Zofran, it may also have side effects on the growth of their baby.

Zofran ended up causing many heart defects in newborns, including:

Some infants also were born with cleft palates. Both defects which were linked to Zofran. So, especially when pregnant, it is best to keep a close eye on the medication you are prescribed and always consult a doctor if you are hesitant about any side effects. If you, your child or loved one are injured, harmed, or killed due to faulty medication, seek guidance immediately. Dangerous pharmaceuticals are a real threat and should not go unnoticed by the companies that approved them.

We have worked with, but not limited to, the following pharmaceutical drugs and medical devices:

Both medications and medical devices that are faulty or wrongly prescribed can bring about much larger health issues than a person may have originally had.

There are different ways in which you can be compensated for having been prescribed and taking a faulty medication or utilizing a faulty medical device. First off, you will most likely be able to get any medical expenses that were incurred due to the medication covered. For example, if you were taking Pradaxa and had to call an ambulance and be hospitalized for a length of time, we would work to ensure your case was awarded compensation for those expenses. If you had to then take time off of work due to being hospitalized, your case may also cover the income lost during that time. So if you were hospitalized for three days and then were put on bed rest for two more days, your case would work to cover what income you would have made in those five days. In the event that you are severely injured and unable to go about your normal, daily life, you may also be compensated for pain and suffering. This can be anything from depression to loss of community.

There is a long list of ways that a person may be compensated for a pharmaceutical incident. A person must first be able to prove that it was, in fact, their medication that lead to additional issues and injuries. If you need guidance on a current pharmaceutical issue, please do not hesitate to call our offices today to discuss your situation.

If you believe you have been taking or have been wrongly prescribed a dangerous pharmaceutical drug, call the Braddock Law Firm today.