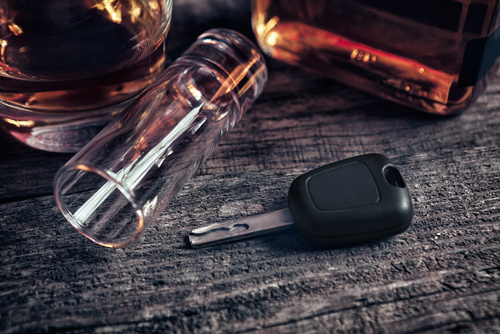 A Mississippi bill is in the works that proposes DUI charges be doubled. While it is partially to increase awareness of the severity of drinking and driving, it is also to help support hospital trauma units. Mississippi only has one Level 1 trauma hospital, and it was originally created to support auto accident tragedies. DUI fines were originally $500 when the original trauma funding bill was passed in the 90’s, but was then reduced to $243.50.

Aside from fees, the current DUI penalties and fines are:

If all of the existing charges and penalties were to double, it’s puzzling to know whether the amount of drinking and driving incidents would go down or not. Whether penalties are extreme or minor, people should be thinking of their own lives being on the line, if not others’. Officials also say that a majority of the accidents that come through Mississippi’s Level 1 trauma unit are impaired motorists. According to Mothers Against Drunk Driving, 19% of fatalities in 2017 were due to drunk drivers.

With so many unwarranted deaths, injuries and damage done due to DUI offenders, it’s only fair that they pay the price. With the newly increased DUI fines, the money would help to make up three quarters of the trauma units’ funding. With so many motorists and victims of DUI accidents entering the hospital, the funding is seemingly well deserved.

Currently in the state of Mississippi, 1st and 2nd DUI convictions within a period of five years are classified as misdemeanors. A 3rd DUI conviction is a felony if it occurs within five years of being convicted for a first offense DUI. Neither are things you want to see on your record. If charges were to increase, that could mean double the jail time for many offenders. This could lead to overpacked or underfunded jails and prisons. The increase in fines may be beneficial for trauma unit funding, but will there be an overflow of negative effects?

Mississippi has the Highest Traffic Fatality Rate in the US

Apparently, Mississippi is prone to drunk driving risks. Made of up many rural roads, which are risky for all drivers, but especially drunk drivers, there are high stakes for someone getting behind the wheel after even just one to a few drinks. Apparently, almost 700 people died in car crashes last year, rating the state with one of the highest traffic fatality rates in the U.S. at just under 23 deaths per every 100,000 residents. How far must the law go in terms of providing consequences for such behavior, when really, it is up to each individual to conduct themselves responsibly?

With more and more talk of self-driving cars, we can only wonder if that is the only solution. While Mississippi does her part on attempting to control drunk driving catastrophes, all we can do is wait to see what the outcome of the bill is.

Get in Touch about Your DUI Case Today

If you are dealing with a DUI charge in Gulfport or the surrounding area, contact Braddock Law for the best DUI attorney in Mississippi. We will strongly represent your case with knowledge of the law to back you up. The attorneys at Braddock Law will fight for your rights and will never back down from protecting you and your family.