A man who was charged in a shooting in Petal on Friday made his initial appearance in Petal Municipal Court Monday. 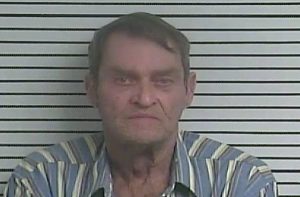 The shooting happened around 7 a.m. at 200 Sherrill Street.

“Officers responded to a call for shots fired, and on arrival made contact with the suspect and victim,” said Petal Police Chief Leonard Fuller. “We took the suspect into custody, and the victim was transported to Forrest General Hospital.”

The victim, who has been identified as Ray J. Armstrong, 30, died from his injuries according to Forrest County Coroner Butch Benedict.

The victim is the adopted grandson of the suspect.

“The victim died from multiple gunshot wounds and the body will be sent to the State Crime Lab for an autopsy,” said Benedict.

It’s been eight years since Petal recorded a homicide, which was in 2009, where two occurred within one month of each other.