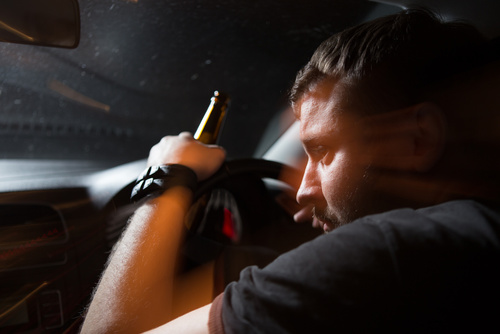 After-Effects of a DUI Murder Case

Over a year ago in Hattiesburg, MS, a 20-year-old woman was killed at the cause of a group of drunk men around her same age. They had been drinking all day, and one of them decided he was OK to get behind the wheel. Hours later, he ended the life of a daughter, fiancé, sister and previous classmate. He was caught with a BAC of over twice the legal limit – 0.196. The legal limit in Mississippi is 0.08.

The grieving family of the 20-year-old nursing school student felt that the drunk driver did not receive the punishment he deserved. What really is the ‘deserving’ amount of a time someone should face for killing someone as a result of their own recklessness? While there may never be a price to a life, what we can look toward is reform.

Utah recently changed the legal limit of a driver’s BAC from 0.08 to 0.05. This motion came from authorities who report an average of thirty DUI charges per day. That’s over 10,000 DUI charges annually. Authorities say that over the last five years, more than 54,400 people have been arrested for driving under the influence. With such high amounts of drunk drivers on the road (ones that are caught, mind you) what are the stakes for sober drivers to get on the road? Knowing that there are about 30 people on the road that could potentially kill you due to their own carelessness, the new BAC limit may come as a relief to citizens – especially parents with new drivers on the road.

While a BAC limit change does not guarantee a lower number of drunk drivers, it may encourage drivers to utilize taxis, ride-sharing companies such as Uber and Lyft or to rely on a designated sober driver. The estimated amount of drinks a person may intake while maintaining the previous legal limit of 0.08 was roughly 2 drinks per hour for a female around 120 lbs. and 4 drinks per hour for a male around 160 lbs. When you think about it, dropping the limit to 0.05 may even encourage people to avoid drinking at all if they are planning to drive, especially when you consider weight variations.

The average number of deaths that occur each year due to drunk driving is astronomical. According to the National Highway Traffic Safety Administration (NHTSA):

“Every day, almost 29 people in the United States die in alcohol-impaired vehicle crashes—that’s one person every 50 minutes in 2016. Drunk-driving fatalities have fallen by a third in the last three decades; however, drunk-driving crashes claim more than 10,000 lives per year. In 2010, the most recent year for which cost data is available, these deaths and damages contributed to a cost of $44 Billion per year.”

The NHTSA also highlights the effects of alcohol when the BAC is around 0.05 versus 0.08:

Even at a BAC of 0.02 the NHTSA reports predictable effects on driving to be “Decline in visual functions (rapid tracking of a moving target), decline in ability to perform two tasks at the same time (divided attention).” It’s no wonder that Utah has moved to lower the legal BAC limit. Even at just 0.02, it seems on paper that a driver is not equipped to safely maneuver a motor-vehicle.

Potential Consequences of a DUI

If a person’s life or even your own are not enough reason to drive sober, consider all the financial and legal issues you will run into if you survive your accident. A first-time DUI alone can cost up to $1,000. It only goes up from there, with a second-time offense ranging from $600 to $1,500 with up to a year of jail time. Third time offenders are looking at up to $5,000 and 5 years in State Penitentiary.

A person, a family’s, life can be forever altered by your decisions. When you begin to realize the impact your sobriety may have on others then perhaps you will understand the importance of safe driving. Something that rings true to almost every DUI death, especially when it comes to young adults and teens, parents and loved ones repeatedly say they would never wish the feelings they’re dealing with on anyone.

The next time you’re out having a drink, think twice about getting behind the wheel. There are far too many resources nowadays to avoid drunk driving that you really have no excuse. Call a friend, phone a cab, do whatever it takes to save a life; including yours.

For more information about DUI & DWI cases and what our legal team can do for you and your loved ones in such matters, be sure to contact our Hattiesburg, Mississippi personal injury lawyers today. The entire team at Braddock Law looks forward to meeting you in person and to helping you achieve justice in the court of law.